This table lists bills that are pending or being acted upon in various state legislatures during 2021.  The table includes a global search utility, allowing search by state, keyword, status, or bill number.
Table updated July 25, 2021

Update: On May 20 the State Senate passed a substitute bill with several changes to the House Bill, including removal of the section regarding dyslexia licensing. The Senate Committee Substitute and the Conference Committee Report for HB 2847 do not contain provisions that would change dyslexia licensing requirements in Texas. We want to acknowledge and thank the many Texas parents and educators who took the time to make their objections known in advance of the Senate Committee hearings.

Why we were concerned: The language contained in this proposed law would have forced learning centers throughout Texas to shut down, and would have forced many private tutors to give up their work. It would also have placed burdens on homeschoolers and other parents working with their own dyslexic children. The bill was written by Texas Representative Miller and initially introduced as HB 3244. After HB 3244 failed to progress in committee, Rep. Miller added its provisions to a different bill, HB 2847, as a floor amendment, allowing its passage in a hurried setting without hearing or debate.

Update: The Dyslexia Amendment has been removed from HB 2847 during the Senate Committee Hearing Process. The Senate Committee Substitute and the Conference Committee report no longer contain any provisions that would impact or change dyslexia services or licensing in Texas.

HB 2847 as previously written would have outlawed the provision of private services for dyslexia of any kind except by persons licensed as multisensory structured language education (MSLE) therapists. We are strongly opposed to any law that would impose unprecedented state licensing requirements on providers of services for dyslexia. Fortunately these provisions were removed from the final version of the bill.

This table lists bills that are pending or being acted upon in various state legislatures during 2020.  The table includes a global search utility, allowing search by state, key word, status, or bill number.
Table updated December 25, 2020

This table lists more than 75 bills that are pending or being acted upon in various state legislatures during 2019.  The table includes a global search utility, allowing search by state, key word, status, or bill number.
Table updated November 19, 2019

This table lists bills that are pending or acted upon in various state legislatures during 2018
Table updated January 2, 2019

The table below lists bills that introduced or acted upon in various state legislatures during 2017: 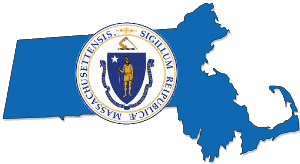 SECTION 1. Section 1 of Chapter 287 of the Acts of 2012 is hereby amended by inserting after the word “assessments”, in line 40, the following words:– “, identification of reading disabilities including dyslexia”.

This website uses cookies to improve your experience while you navigate through the website. Out of these, the cookies that are categorized as necessary are stored on your browser as they are essential for the working of basic functionalities of the website. We also use third-party cookies that help us analyze and understand how you use this website. These cookies will be stored in your browser only with your consent. You also have the option to opt-out of these cookies. But opting out of some of these cookies may affect your browsing experience.
Necessary Always Enabled

Performance cookies are used to understand and analyze the key performance indexes of the website which helps in delivering a better user experience for the visitors.

Analytical cookies are used to understand how visitors interact with the website. These cookies help provide information on metrics the number of visitors, bounce rate, traffic source, etc.

Advertisement cookies are used to provide visitors with relevant ads and marketing campaigns. These cookies track visitors across websites and collect information to provide customized ads.

Other uncategorized cookies are those that are being analyzed and have not been classified into a category as yet.

SAVE & ACCEPT
Powered by