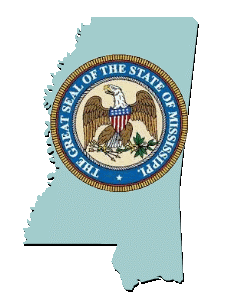 A concurrent resolution urging all schools and state and local educational agencies to recognize significant educational implications of dyslexia and to take the necessary actions to address the learning needs and quality of services provided to those affected.

WHEREAS, defined as an unexpected difficulty in reading in an individual who has the intelligence to be a much better reader, dyslexia reflects a difficulty in getting to the individual sounds of spoken language which typically impacts speaking, reading, spelling, and often, learning a second language; and

WHEREAS, dyslexia is highly prevalent, affecting one out of five individuals in some form, and is persistent; and

WHEREAS, dyslexia is a paradox, so that often the same individual who has a weakness in decoding or reading fluency also has strengths in higher level cognitive functions such as reasoning, critical thinking, concept formation, and problem solving; and

WHEREAS, great progress has been made in understanding dyslexia at a scientific level, including its epidemiology, and cognitive and neurobiological bases; and

WHEREAS, diagnosis of dyslexia is critical, and must lead to focused, evidence-based interventions, necessary accommodations, self-awareness, self-empowerment, and school and life success; and

WHEREAS, globally, great strides have been made to raise awareness about dyslexia to promote early diagnosis, including the designation of October as National Dyslexia Awareness Month in the United States of America; and

WHEREAS, it is the policy of this Legislature to recognize the importance of improving awareness and encouraging early diagnosis of dyslexia as we wholeheartedly support a local state, national and global commitment to improving the reading abilities of children who struggle with dyslexia:

NOW, THEREFORE, BE IT RESOLVED BY THE HOUSE OF REPRESENTATIVES OF THE STATE OF MISSISSIPPI, THE SENATE CONCURRING THEREIN, That we do hereby urge all schools and state and local educational agencies to recognize the significant educational implications of dyslexia and to take the necessary actions to address the learning needs and quality of services provided to those affected.