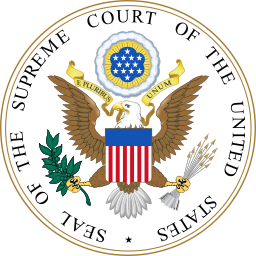 The US Supreme Court has held that federal law requires schools to provide an IEP that is “appropriately ambitious” for each student’s circumstances.   In the case Endrew F. v. Douglas County School Dist RE-1, in a unanimous ruling issued March 22, 2017, the Court rejected the school district’s argument for a more modest standard (“more than de minimis“).  At issue was the proper standard required by federal law requiring schools to provide a “Free and Appropriate Education” (FAPE) to children qualifying for special education services.

Endrew F. is an autistic child who was not making meaningful progress at the public school where he was enrolled.  His parents were unhappy with the IEP the school provided because Endrew was not improving; instead, each year the school offered an IEP that was about the same as the previous year’s.  The parents then enrolled Endrew in a private school with a specialized program for autistic children, where Endrew did experience substantial progress.  The family went to court after the School District failed to offer an IEP taking into consideration Endrew’s improved performance at the private school, and also refused to reimburse the family for Endrew’s private school tuition.

The case ended up in the US Supreme Court after lower courts ruled against the family, on the grounds that Endrew’s IEP’s “were sufficient to show a pattern of, at the least, minimal progress”  and had resulted in “some educational benefit” to the child.

However, Supreme Court Chief Justice John Roberts, writing for the unanimous court, found that standard to be inadequate.  Instead, the Court pointed to statutory language, stating “To meet its substantive obligation under the IDEA, a school must offer an IEP reasonably calculated to enable a child to make progress appropriate in light of the child’s circumstances.”

Although the Court recognized that the determination of the phrases “reasonably calculated” and “appropriate progress” would differ in each case, depending on the needs of each individual child, it held that the “child’s educational program must be appropriately ambitious in light of his circumstances” and that  “every child should have the chance to meet challenging objectives.”