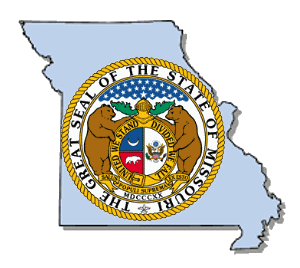 Defines dyslexia, creates a “Legislative Task Force on Dyslexia” and requires the Department of Elementary and Secondary Education to employ a dyslexia specialist and develop professional development programs for school staff

This bill changes the laws regarding dyslexia. In its main provisions, the bill:

(1) Requires, by July 1, 2017, the Department of Elementary and Secondary Education to employ a dyslexia therapist, licensed psychometrist, licensed speech-language pathologist, certified academic language therapist, or certified training specialist to serve as the department’s dyslexia specialist who has a minimum of three years of field experience in screening, identifying, and treating dyslexia and related disorders;

(2) Requires the department to ensure that the dyslexia specialist has completed specified training and received specified certification;

(3) Specifies the qualifications the dyslexia specialist must possess and the responsibilities he or she will have, including assisting the department with developing and administering specified programs for school districts no later than the 2017-18 school year;

(4) Establishes the Legislative Task Force on Dyslexia and requires the Joint Committee on Education to provide technical and administrative support as required by the task force to fulfill its duties;

(5) Requires the task force to meet at least quarterly and to advise and make recommendations to the Governor, General Assembly, and relevant state agencies regarding matters concerning individuals with dyslexia, including education and other adult and adolescent services. The meetings may be held via telephone or video conference;

(6) Requires the task force to consist of 18 members who will serve without compensation. Two must be members of the House of Representatives appointed by the Speaker of the House. The remaining membership is specified in the bill;

(7) Requires the task force to make recommendations for a statewide system for identification, intervention, and delivery of supports for students with dyslexia including the development of resource materials and professional development activities, which must be included in a report to the Governor and legislature and must include findings and proposed legislation. The report must be made available no longer than 12 months from the task force’s first meeting; and

(8) Specifies what should be included in the recommendations and resource materials developed by the task force.

By December 31, 2017, this act requires the Department of Elementary and Secondary Education to develop guidelines for the appropriate screening of students for dyslexia and related disorders and to develop the necessary classroom support for such students. Beginning in the 2018-19 school year, each public school, including charter schools, shall conduct dyslexia screenings and provide reasonable classroom support consistent with the guidelines developed by the Department of Elementary and Secondary Education.

Additionally, practicing teacher assistance programs shall include two hours of in-service training regarding dyslexia and related disorders provided by each school district for all practicing teachers. Such training shall count as two contact hours of professional development. (Section 167.950)

This act also creates the Legislative Task Force on Dyslexia. The Task Force will advise and make recommendations to the Governor, Joint Committee on Education, and relevant state agencies. The Task Force will consist of twenty members, as described in the act. Except for four legislative members and the Commissioner of Education, the members will be appointed by the President Pro Tempore of the Senate and the Speaker of the House of Representatives. The task force will make recommendations for a statewide system for identification, intervention, and delivery of supports for students with dyslexia, as described in the act.

The Task Force will hire or contract for hire specialist services to support the work of the Task Force as necessary with appropriations or from other available funding.